Is there a Magic Mushroom ‘Entourage Effect’?

About the Author Mattha Busby is a former comment editor at The Link, and a freelance journalist for Vice and The Guardian.

When Mayan and Aztec people spoke of Teonanácatl – “flesh of the gods” – they referred to a variety of magic mushrooms which supposedly helped them identify the causes of diseases and give hints about how they could be treated.

“Only wild mushrooms are spoken of, and they were eaten raw,” said 16th century Spanish chronicler Fray Diego Duran, of what was consumed at Mesoamerican ceremonies in honor of divine entities. “With the strength of these mushrooms, they saw visions and had revelations about the future.” But Spanish missionaries, seeking to convert indigenous people across Latin America to Christianity, were appalled. The ceremonies, which sometimes included human sacrifice, were otherwise similar in some respects to the holy communion.

The clergy, also seeking to tear communities away from their own sources of spiritual power, thus sought to prevent the use of psilocybin mushrooms and destroy evidence of their history.

But the tradition survived and was broadcast to the world by an amateur US mycologist in the 1950s who spawned a global tidal wave of magic mushroom discoveries.

Now, the scientific evidence of the therapeutic benefits of psilocybin is accumulating rapidly. Last month, researchers at John Hopkins university reported their study showed two doses of magic mushrooms alongside psychotherapy could reduce depression symptoms for a year for most patients – making them potentially more efficacious than antidepressants.

The vast majority of historic exposure to psilocybin has been through eating magic mushrooms, not through consuming synthetic psilocybin.

Amid the optimism, a psilocybin treatment ecosystem is growing on both sides of the Atlantic ahead of seemingly inevitable regulatory approval. But almost all psychedelic research companies are fashioning unique synthetic formulations – partly in order to obtain patents to gain market advantage. There are others, however, using simpler methods in order to deliver the medicine to patients.

“The vast majority of historic exposure to psilocybin has been through eating magic mushrooms, not through consuming synthetic psilocybin,” says Ryan Moss, director of research at natural psychedelic drug company Filament which is undertaking an early stage trial. Its potential products are the first ever US Food and Drug Administration botanical psychedelic drug candidates. 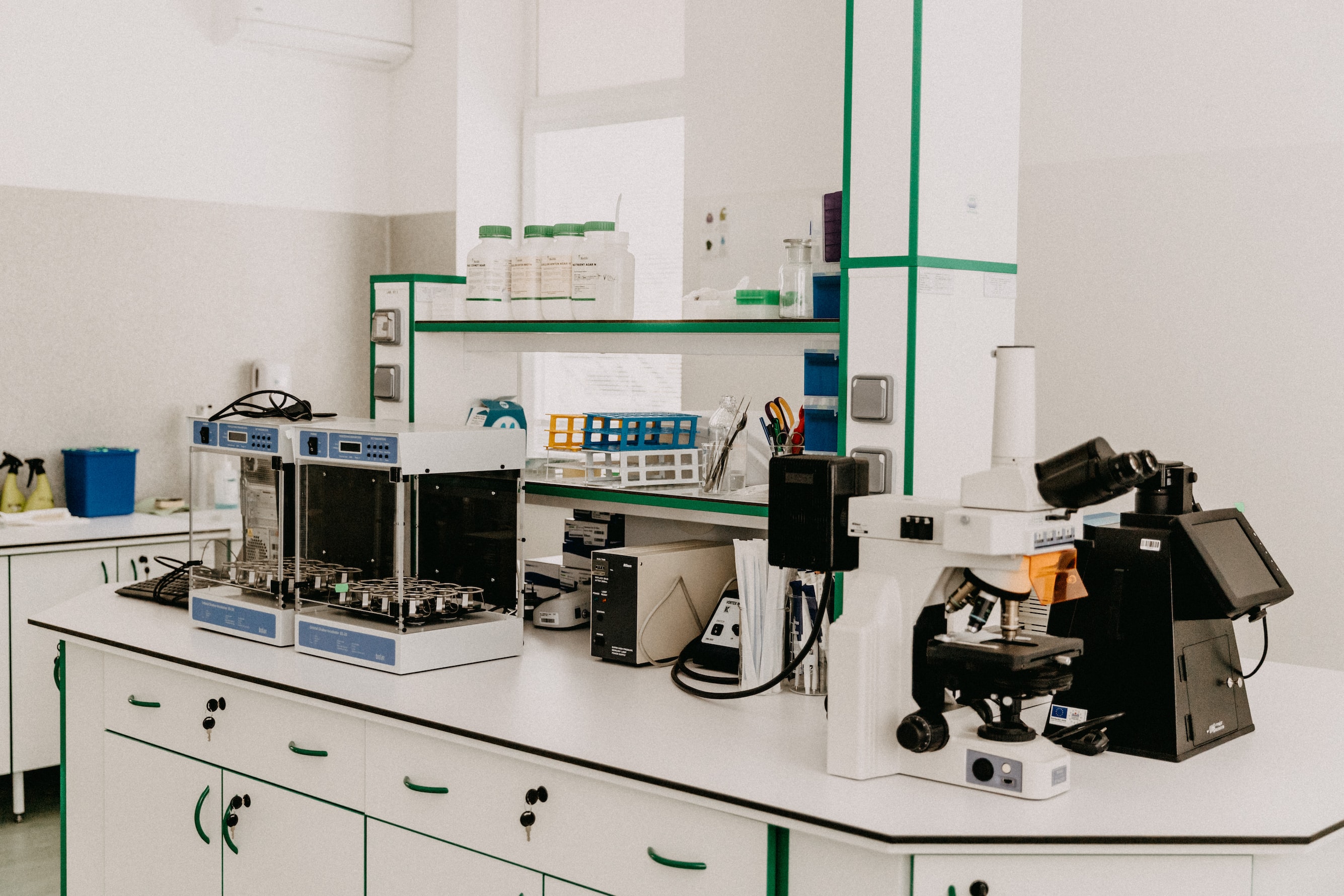 Other companies are seemingly afraid such extractions could mean dosages are not standardized; with synthetic drugs generally considered easier to systematically dose than botanicals whose strength can vary significantly. Plus, you don’t have to waste valuable resources growing them.

“We’ve been able to concentrate the metabolites and molecules of the magic mushroom in their exact same ratio and bring them into a single pill that is exactly 25 mg of psilocybin,” Moss contends. “We don’t necessarily know whether an entourage effect exists with magic mushrooms, but the idea is that many molecules together can create a better experience than just an isolated module alone.”

Adherents of the full magic mushroom plant, channeling the spirit of Teonanácatl, suggest that the many compounds and metabolites of the fungi work synergistically as part of a so-called entourage effect to make it more efficacious than when psilocybin is extracted and isolated, or created synthetically.

If the custodians and discoverers of magic mushroom therapy consume the whole plant, then why should patients today not do so? Well, because it could quite well be that it is ultimately the psilocybin, or psilocin, from where any healing benefit is derived.

We don’t necessarily know whether an entourage effect exists with magic mushrooms, but the idea is that many molecules together can create a better experience than just an isolated module alone

An alleged folly of extracting THC, the compound which makes you high but can heighten the risk of anxiety and paranoia, from cannabis could nonetheless be instructive. The detrimental effects are largely allayed when consumed with a significant amount of CBD, which does not bring a high but more a state of relaxation.

Debate has been raging since 1998 when chemist Raphael Mechoulam proposed that, in cannabis, compounds thought not to serve any purpose actually worked together to join up molecules with cannabinoid receptors and thus potentially improve the medicinal efficacy. But experts have said entourage effect preaching is “driven by anecdotal marketing”, though others say, “no strain, no gain”.

The evidence for psychedelics remains absent – with adherents depending on anecdotal reports and join-the-dot analyses. Experts are yet to have conducted head-to-head clinical trials comparing synthetic psilocybin to psilocybin mushrooms.

“In the nascent yet burgeoning psychedelics industry there is an unsettling trend: the vast majority of resources and attention are being devoted to synthetically-prepared versions of what were originally naturally-derived compounds,” Filament co-founders Ben Lighturn and Tom Kineshanko have written.

“Synthetic processes create single-compound preparations which are easy to work with and easy to measure. They don’t contain many impurities which could interfere with the active ingredient or be harmful on their own. This is what makes them very attractive from a pharmaceutical development perspective. But is the pharmaceutical pathway the best pathway to unlock the vast potential of these substances?”

Synthetics are proving to be efficacious and safe, they add, but natural extraction both retains the integrity of the medicine to the greatest degree possible – while keeping costs to a minimum. Plus, unlike ayahuasca, peyote and other plant-based psychedelics, magic mushrooms can be grown easily and there are no conservation concerns.

However, many see the sense in the use of synthetic in order to exert greater pharmacological control over the contents. “The synthetic approach is the one typically used for the production of medicines so it makes sense to pursue this for psilocybin as well,” says Prof Simon Brandt, a forensic chemistry expert at Liverpool John Moores university in the UK.

With new advances in production technology, however – including organic synthesis and purification methods – come new opportunities to explore naturally sourced psilocybin preparations, he adds, as Filament, which is focusing on the cubensis strain, is doing with the fungi grown in its Vancouver facility.

Compass Pathways, which is leading the way on psilocybin research with the largest trial to date which in November reported that one dose causes an immediate reduction of depressive symptoms for 12 weeks, uses a synthetic magic mushroom precursor and then isolates the psilocybin. Main competitor Usona is among those doing similarly.

“If you eat a natural mushroom, you won’t be sure of the dose of psilocybin you are ingesting,” Gary Gilmour, vice-president of preclinical research at Compass has said. “A whole host of other related active compounds could also be ingested depending on the species of mushroom. So in terms of guaranteeing the purity of what you’re taking, and knowing it’s exactly what it needs to be and at the right dose, there’s no comparison.”

Ultimately, as the studies illustrate, synthetic psilocybin could serve as a Teonanácatl for the modern era – despite having never been in the ground nor connected to a global fungal network named mycelium which helps transfer water, carbon and nitrogen. But so could the whole plant.

In Oregon, after voters in the state legalized the therapeutic use of psilocybin in a landmark US-first vote, advisors implementing the trailblazing reforms have already proposed to opt for naturally-derived psilocybin and effectively block large companies from providing synthetic to approved facilitators.

But the jury is still out. “There have always been some anecdotal reports to suggest that the entourage effect exists,” says Brandt. “The difficulty when trying to assess this is to rationalize it with the varying nature of the psychedelic experience itself.”

The Need to Destigmatize Enhanced Therapy By: Corrina Allen-Kiersons The TRIP Protocol: A New Standard for Psychedelic Therapy By: Tom Buchanan